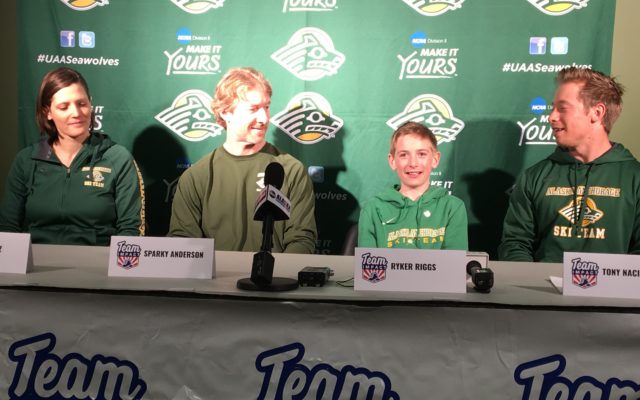 “Our team has been so fortunate to have Ryker join our team,” said head coach Sparky Anderson. “His enthusiasm for skiing has rekindled a love of skiing in many members of our team. Tony Naciuk has been tremendous in the relationship with Ryker and his involvement with our team.”

Alongside his mother Amber and brother Dax, Ryker was presented with his Seawolf hat after signing his ceremonial letter and answering a few questions from the media.

This marks the second match between TEAM IMPACT and an Alaska sports team. The UAA men’s basketball team partnered with James Ludwig in the fall.