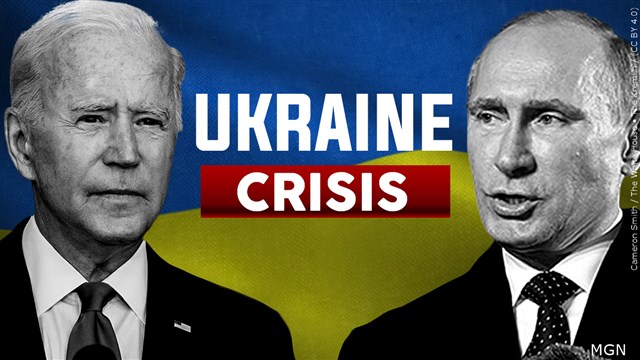 Karina Borger, a Murkowski spokesperson, by email said the office has been in communication with the U.S. Coast Guard and Customs and Border Protection and that “the Russian nationals reported that they fled one of the coastal communities on the east coast of Russia to avoid compulsory military service.”

Spokespersons with the Coast Guard and Customs and Border Protection referred a reporter’s questions to the U.S. Department of Homeland Security public affairs office, which provided little information Thursday. The office, in a statement, said the individuals “were transported to Anchorage for inspection, which includes a screening and vetting process, and then subsequently processed in accordance with applicable U.S. immigration laws under the Immigration and Nationality Act.”

Alaska’s senators, Republicans Murkowski and Dan Sullivan, on Thursday said the individuals landed at a beach near the town of Gambell, an isolated community of about 600 people on St. Lawrence Island. Sullivan said he was alerted to the matter by a “senior community leader from the Bering Strait region” on Tuesday morning.

Gambell is about 200 miles (320 kilometers) southwest of the western Alaska hub community of Nome and about 36 miles (58 kilometers) from the Chukotka Peninsula, Siberia, according to a community profile on a state website.

A person who responded to an email address listed for Gambell directed questions to federal authorities.

Sullivan, in a statement, said he has encouraged federal authorities to have a plan in place in case “more Russians flee to Bering Strait communities in Alaska.”

Murkowski said the situation underscored “the need for a stronger security posture in America’s Arctic.”

Alaska Gov. Mike Dunleavy on Wednesday, as initial details of the situation were emerging, said he did not expect a continual stream or “flotilla” of individuals traversing the same route. He also warned that travel in the region could be dangerous as a fall storm packing strong winds was expected.

It is seemingly unusual for someone to take this route to try to get into the U.S.

U.S. authorities in August stopped Russians without legal status 42 times who tried to enter the U.S. from Canada. That was up from 15 times in July and nine times in August 2021.

Russians more commonly try to enter the U.S. through Mexico, which does not require visas. Russians typically fly from Moscow to Cancun or Mexico City, entering Mexico as tourists before getting a connecting a flight to the U.S. border. Earlier this year, U.S. authorities contended with a spate of Russians who hoped to claim asylum if they reached an inspection booth at an official crossing.

Some trace the spike to before Russia invaded Ukraine, attributing it to the imprisonment of Russian opposition leader Alexei Navalny last year. U.S. authorities on the Mexican border stopped Russians 20,608 times from September through August, five times the previous 12-month-period.