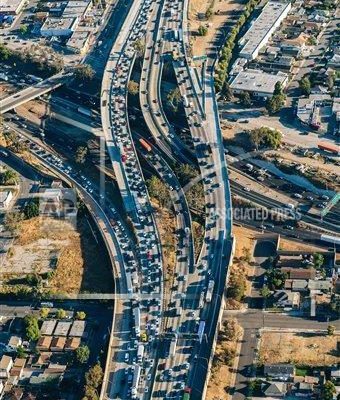 By DON THOMPSON
Associated Press
SACRAMENTO, Calif. (AP) – California is broadening its effort to block the Trump administration from ending its authority to set greenhouse gas emission and fuel economy standards for cars and trucks.
It was joined by 23 states and two cities in suing the U.S. Environmental Protection Agency on Friday.
The legal challenge builds on a similar lawsuit it filed in September, a day after the National Highway Traffic Safety Administration withdrew California’s waiver.
The coming court battle will help mold a major aspect of the nation’s climate policy.
Federal law generally regulates vehicle pollution. But California has been allowed to impose tougher rules since the 1970s because of its problems meeting air quality standards.
Thirteen other states and the District of Columbia have adopted California’s standards, with the new lawsuit filed in Washington, D.C.