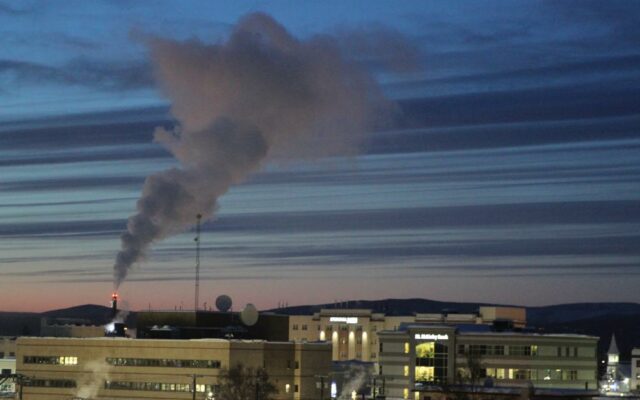 FAIRBANKS, Alaska (AP) — In the pristine expanse of Alaska’s interior lies a dirty secret: some of the most polluted winter air in the United States can be found in and around Fairbanks.

The Fairbanks North Star Borough, which includes Alaska’s second largest city, routinely exceeds limits set by the U.S. Environmental Protection Agency for particle pollution that can be inhaled and cause myriad health problems.

Over seven weeks this winter, nearly 50 scientists from the U.S. and Europe descended on Fairbanks to study the sources of air pollution, how the contaminants interact in the city’s cold and dark climate and to come up with a list of best practices for people living across the circumpolar north.

What they find could help city planners make better decisions on where to place power plants or smelters in northern climates and guide lawmakers on how to regulate chemicals in fuel oil or other sources to reduce the harm.

The task becomes even more important as climate change is driving people away from places that are getting hotter toward northern areas, even though climate change is warming the Arctic twice as fast as the rest of the planet. In Fairbanks, the average winter temperature rose 2.7 degrees F (1.5 degrees C) since 1992, according to the National Oceanic and Atmospheric Administration.

Like Salt Lake City and other cities surrounded by mountains, Fairbanks suffers from winter inversions, layers of warmer air that trap cold, dirty air and keep it from dissipating. Even though wind is blowing aloft, the cold air prevents the wind from getting down to ground level.

“Just like an open top freezer in an old grocery store, that cold air just pools into the bottom of that freezer and air can just go right over the top,” said Bill Simpson, an atmospheric chemistry professor at the University of Alaska Fairbanks Geophysical Institute and the UAF College of Natural Science and Mathematics.

“It’s calm down here, and the pollution that’s emitted down here stays down here, unfortunately,” added Simpson, the project leader. 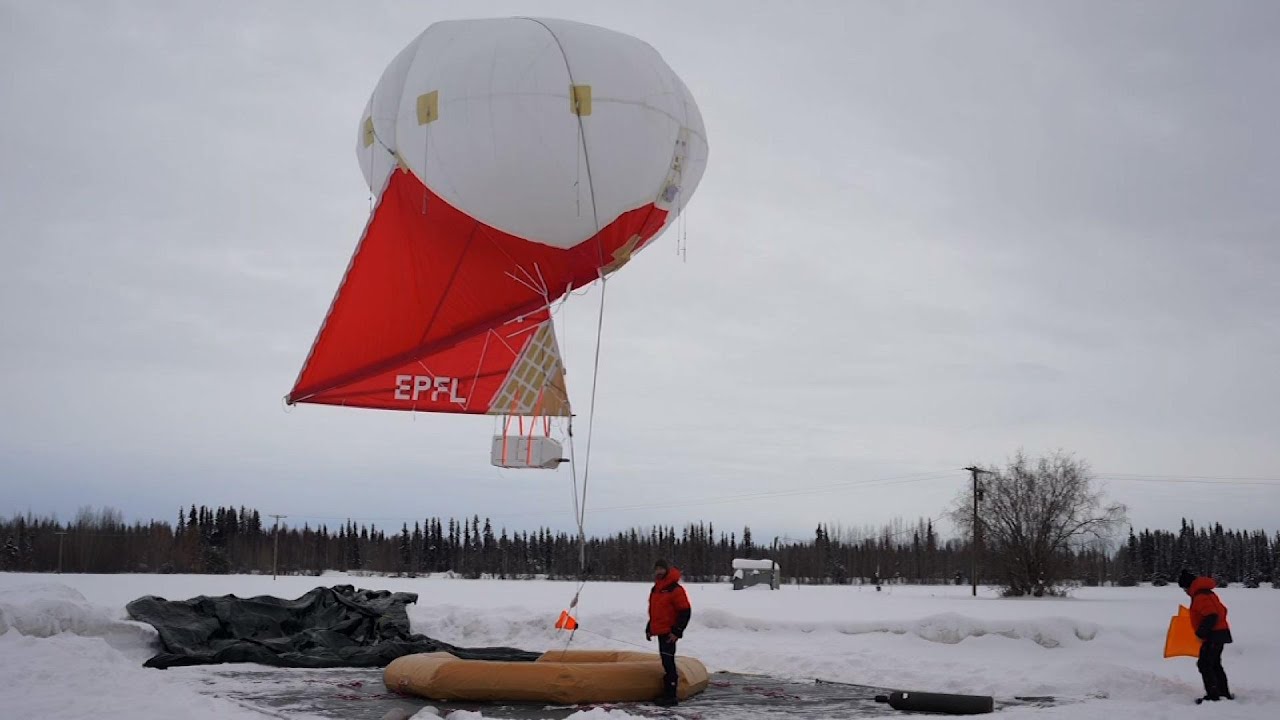 The problem isn’t unique to cold climates in the United States. The study is of interest to researchers in northern European cities because of the similar problems with inversions.

In Fairbanks, a major source of pollution comes from wood-burning stoves, which are common in this area where wood is plentiful and cheap, temperatures routinely reach minus 40 degrees F (minus 40 C) or colder and heating fuel is expensive. Other sources are vehicle exhaust systems, power plant emissions and heating oil.

Owen Hanley practiced pulmonary medicine in Fairbanks for about 35 years. The retired doctor says the air pollution problem in Fairbanks can permanently harm respiratory function and cause many other problems.

The mixture of pollutants from smoldering wood fires, cars, coal and other sources releases additional chemicals that can be more harmful than cigarette smoke.

Power plants in Fairbanks emit plumes of smoke into the air, and researchers in the Alaskan Layered Pollution and Chemical Analysis project are trying to understand whether these remain up high, at the level of smokestacks, or drift down to ground level, where people live.

Seven French teams made detailed measurements of the air in downtown Fairbanks in efforts to better understand how small particles and droplets are formed. Meanwhile, a Swiss team used a tethered balloon, equipped with specialized instruments, to measure characteristics of aerosols and different trace gases at 1,200 feet (365 meters) above the ground. Another instrument allowed them to measure vertical profiles of the atmosphere.

“We are trying to understand what is happening higher up” because ground level data can be different, said Roman Pohorsky, a doctoral student at the EPFL, a science and technology institution in Switzerland.

Another experiment led by Sarah Johnson, a graduate student and researcher at the University of California, Los Angeles, used a special device to measure trace gases or pollutants at different heights in the atmosphere. The instrument, called a Long Differential Optical Absorption Spectrometer, collects information by beaming light from a parking garage to reflectors set at different heights in Fairbanks, and then studying the information that comes back.

“What we’re really looking for is information about where the pollution is accumulating as well as where it’s going,” she said, adding that she hopes the research can benefit other areas with similar weather and dirty air.

Another goal of the research came from members of the Fairbanks community: People wanted to know what the air is like inside their homes.

Researchers took over a house in Fairbanks, setting up shop in the garage with tubes running from both inside the house and outside to study the air.

Ellis Robinson, a post-doctoral researcher at Johns Hopkins University in Baltimore, noted that most public health information about the dangers of air pollution comes from studying outdoor air.

“But we really need to be studying indoor air, just as much if not more,” said Robinson.

Sulfur can be a major pollutant for people who use heating oil in their houses or live near coal-fired power plants.

Scientists are working to better understand how the sulfur that’s emitted, mostly as a gas, sulfur dioxide, turns into particles in colder and darker locations.

While the research is not a formal regulatory project, Simpson, the project leader, said the team would be willing to share the results with the EPA, the agency charged with determining Clean Air Act violations.

The Fairbanks area has been out of compliance with air quality standards since 2009. The EPA is reviewing the state of Alaska’s latest plan to bring the borough into compliance.

The researchers are expected to deliver the findings back to the university by late summer. The results will be shared with the Alaska Department of Environmental Conservation, Fairbanks’ air quality division and with residents, who will have the chance to weigh in on possible solutions.

“We can compare and contrast those situations and try and build a set of kind of best practices for understanding how pollution works in cold and dark places,” Simpson said.