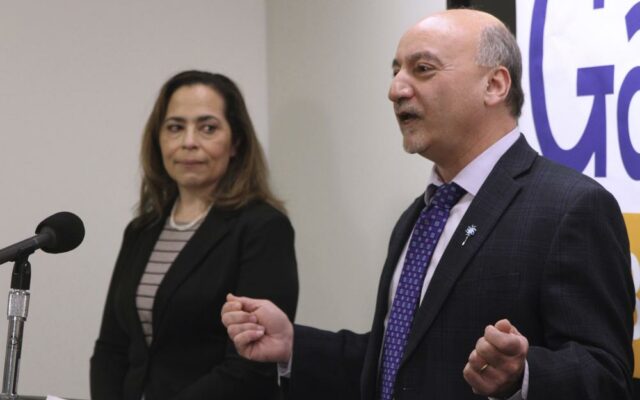 JUNEAU, Alaska (AP) — Democrat Les Gara announced Monday that a teacher will be his running mate in his bid for Alaska governor this year.

Gara said Jessica Cook of Palmer would run for lieutenant governor as part of a ticket with him. Cook teaches at an Eagle River school.

Cook, speaking alongside Gara at an event in Anchorage, said she and Gara “care about Alaska’s kids and we believe that everyone deserves a chance to be successful regardless of race, regardless of gender, regardless of wealth or poverty.”

Under an election system, approved by voters in 2020 and being used for the first time this year in Alaska, candidates for governor and lieutenant governor run as a team for the primary. The top four vote-getting tickets will advance to the general election, in which ranked-choice voting will be used.

Republican Gov. Mike Dunleavy plans to seek reelection but has not named a running mate.

Others who have announced plans to run include former Gov. Bill Walker, an independent, who is running with Heidi Drygas, and Republican Rep. Christopher Kurka, who has said he is running with Paul Hueper.