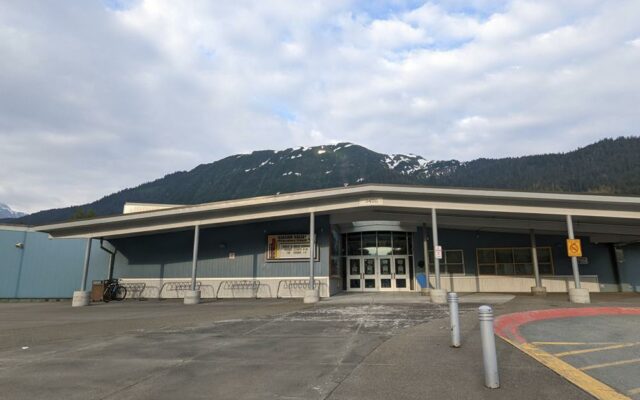 JUNEAU, Alaska (AP) — School district officials in Alaska investigating how students at a summer child-care program were served floor sealant instead of milk say the two products were not on the same pallet as first believed.

A number of agencies are involved in the ongoing investigation into Tuesday’s incident at a summer program at a Juneau elementary school in which officials say 12 students and two adults drank the floor sealant.

Juneau School District chief of staff Kristin Bartlett said by email Friday that as the investigation has progressed, school officials “have been able to get clarification on some of the details of what happened.”

The district in a statement late Thursday said it now understands that in the spring of 2021, a pallet of floor sealant was mistakenly delivered to a district food commodity warehouse at the same time as four pallets of shelf stable milk. The warehouse is intended for food items only.

“The pallet of floor sealant remained untouched in storage with other food products until this week,” when the district’s food service contractor “ran short on milk and sent staff to retrieve shelf stable milk,” the statement said.

On Tuesday, three boxes of floor sealant were picked up from the warehouse by the contractor, with one delivered to the summer program, the statement said. The others were delivered to two other schools and remained unopened, according to the statement.

Bartlett said the boxes “were marked with a label that said Seal 341.”

According to the district statement, a worker with the contractor “took the box of floor sealant and poured its contents into cups to be served at breakfast.” Shortly after breakfast, students “complained of the ‘milk’ tasting bad” and burning their mouths and throats, and it was “quickly discovered” that what was served was a “slightly scented liquid floor sealant resembling milk.”

“Staff immediately directed students to stop consuming the substance and removed it,” the statement said.

Twelve students and two adults each ingested up to three ounces of the floor sealant, the statement said. Poison control was contacted for instructions, but the district said a delay in parental notification was “longer than it should have been” and caused families to learn of the incident from other sources.

Some students were taken by parents for medical treatment, the statement said. As of Wednesday evening, the students “are recovering, and some are fully recovered,” it said.

The district said it is examining its protocols for emergency communications. It said the warehouse was inspected and now contains only food items. The child-care program remains open.

Inspectors with the Alaska Department of Environmental Conservation are also conducting a more thorough investigation, the statement said.