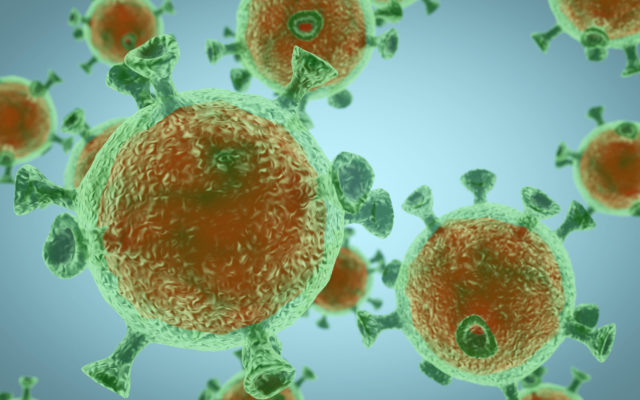 There were 1,068 new cases of COVID-19, with case counts 13% higher than last week. State officials said 201 Alaskans required hospitalization for COVID-19, and 34 of them were on ventilators in a state with limited health care capacity.

“Our hospitals have been and continue to be incredibly stressed,” Dr. Anne Zink, the state’s chief medical officer, said on a conference call. “There is not capacity in the hospitals to care for both COVID and non-COVID patients on a regular basis.”

Statewide, there are about 1,100 non-intensive care unit hospital beds, with only 302 available Wednesday. The state has only 21 of its 125 ICU beds open.

When many people become ill at the same time, it overwhelms the state’s health care system.

“And then we start to see excess mortality where more people dying from other things such as heart attacks and strokes and car accidents and bear maulings or whatever else happens,” Zink said.

When announcing its crisis care protocol on Tuesday, Providence Alaska Medical Center in Anchorage said it would prioritize care to those who have the best potential to benefit most.

Staff at the hospital, one of three in the state’s largest city, are stretched thin, leaving people to wait for hours in their cars to see a doctor in case of an emergency.

Jared Kosin, president and CEO of the Alaska State Hospital and Nursing Home Association, said the Providence announcement conveys how bad the situation is.

“We certainly from the hospital world have been talking about this and the grave circumstances and direction we’re headed. To now be here is really hard to make sense of when it is all preventable,” he said. “All it takes is a vaccine.”

It’s also troublesome that rationing of care is happening now. Providence officials in their announcement said they expected COVID-19 hospitalizations to escalate over the next two to four weeks.

“If this doesn’t put everyone on high alert, I don’t know what else it’s going to take,” Kosin said.

The ramifications are statewide; rural hospitals usually send their most critical patients to Anchorage for care. But with the system strained, they have to look elsewhere.

Zink said in one case, it took hospital staff about nine hours to find another facility that would take their patient.

It took about 10 hours for another hospital to call facilities up and down the West Coast to finally find a hospital in Oregon that would accept their patient, Kosin said.

When a patient at Yukon-Kuskokwim Health Corp. in Bethel needs transfer, they are usually sent to Fairbanks or 400 miles (643.74 kilometers) east, to the Anchorage area.

“Worst-case scenario we look out-of-state, sort of a very last-ditch effort” said Dr. Ellen Hodges, the health corporation’s chief of staff. “But these hospitals in Washington, which is our go-to in Seattle, have not had space. They’re experiencing their own increase in patients.”

Hodges said she never would have thought that this would be the scenario at this point of the pandemic.

“I don’t think there’s any words really to talk about how stressful and helpless you feel when there’s not enough care in for the patients that we need to get care to,” she said.

Officials urge people to get vaccinated and to wear masks, but only a few places in the state have mask mandates. Anchorage had such a mandate earlier in the pandemic, but a new mayor who was critical of such measures was elected. The Anchorage Assembly on Tuesday evening asked Mayor Dave Bronson to institute a mask mandate, and he declined.

“If someone wants to wear a mask or get a vaccination that’s their personal choice,” Bronson said in a statement issued after the Assembly meeting. “But we will not violate the privacy and independent healthcare decisions of our citizens in the process.”

Alaska Gov. Mike Dunleavy, a first-term Republican facing re-election next year, has both recovered from COVID-19 and been vaccinated.

“I urge, and I hope you guys print this, I strongly urge folks to get a vaccine, strongly urge them to do that,” he told reporters Tuesday.

He followed that with this tweet Wednesday: “Alaska will continue to vigorously fight the COVID-19 virus on many fronts. However, my Administration will likewise ferociously defend the fundamental rights of every Alaskan.”

His spokesperson, Jeff Turner, did not respond when asked to describe what rights the administration was defending.

Dunleavy has never instituted a statewide mask mandate, and he reiterated that stance Wednesday. “That remains a decision best left to local governments,” Turner said in an email to The Associated Press.

To change the course, Kosin said it goes back to what healthcare professionals have been saying for months.

“Getting vaccinated is the No. 1 thing people need to do. The second thing is be smart, wear masks in indoor settings when you’re around other folks, trying to limit transmission as much as possible,” he said.

“That is the only path forward to actually make a difference,” Kosin said.