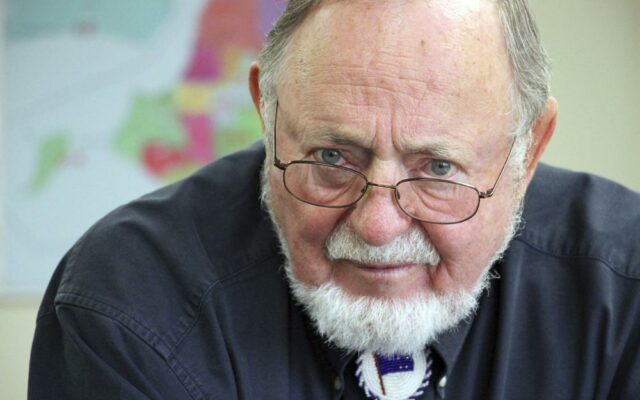 Young’s office announced the congressman’s death in a statement Friday night. He was 88.

Young, who was first elected to the House in 1973, was known for his brusque style and for bringing federal investment to the state. He was elected in 2020 to serve his 25th term as Alaska’s only member.

Pelosi’s office said a formal ceremony will be held with the Young family, which will be open to invited guests. Following the memorial service, there will be viewing open to members of Congress. Lying in state is an honor traditionally bestowed upon American political and military leaders. Young will lie in state in National Statuary Hall.

Pelosi had said after Young’s passing that he was an “institution” in Congress.

“The photographs of him with ten presidents of both parties who signed his bills into law that proudly cover the walls of his Rayburn office are a testament to his longevity and his legislative mastery,” she said.

“Don’s legacy lives on in the infrastructure projects he delighted in steering across Alaska,” Biden said.

Most recently, Young won $23.7 million for Alaska for water, road and other projects in the government-wide $1.5 trillion spending bill Biden signed into law this week, according to an analysis of that bill by The Associated Press. It is one of the highest amounts for home-district projects that any House member had in the legislation.

Earlier, he was one of only 13 Republicans who voted for a roughly $1 trillion package of road and other infrastructure projects, which he described as perhaps the country’s “last best chance” to make the federal investments necessary to strengthen the country’s infrastructure needs for the next century and beyond.

Young came to Alaska in 1959, the same year Alaska became a state, and credited Jack London’s “Call of the Wild,” which his father used to read to him, for drawing him north.