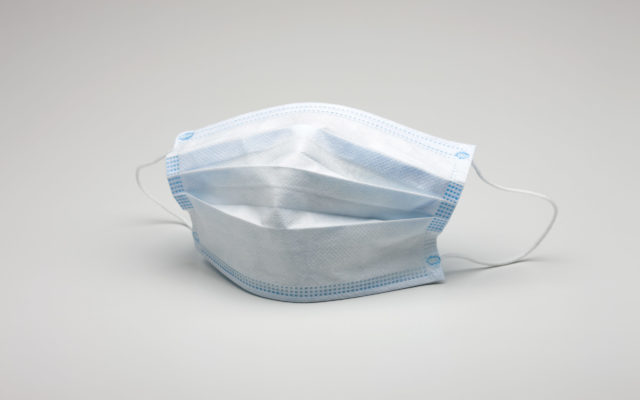 ANCHORAGE, Alaska (AP) — The governing body of Alaska’s largest city has overridden the mayor’s veto of an emergency order instituting a mask mandate for 60 days.

The Anchorage Assembly on Thursday overturned Mayor Dave Bronson’s veto of the measure requiring masks by most everyone in indoor public spaces on a 9-2 vote, Alaska Public Media reported.

The assembly had held a public hearing for a regular mask measure that drew so much opposition and had so many people wanting to comment, it stretched over multiple days.

But during a meeting Tuesday in which the proposal was not being heard, the Assembly approved an emergency ordinance putting a mask mandate in place.

Bronson, a staunch critic of COVID-19 mandates, had vetoed the ordinance Wednesday.

“I’m not doing this to spite the mayor or because he objects,” Assembly member Chris Constant, who voted for the override, said. “I’m doing this because it’s the right thing to do.”

The override drew boos from the crowd.

Assembly member Crystal Kennedy, who cast one of the dissenting votes, said it’s clear how divided Anchorage residents are over the measure.

“And the only thing that this particular override does is fuel that fire,” she said.

Bronson said he wasn’t surprised with the override.

“The nine members who voted for this mask mandate ignored the public process, shut down public testimony, shut out the people, and decided that they (not you or your healthcare provider) will make decisions about your personal health,” Bronson said in a statement after the vote.

The ordinance mandates people wear masks in indoor public places and communal spaces. Among the exemptions are children under the age of 5, those playing sports or attending church and members of Bronson’s administration.

Businesses must deny entry to people who aren’t wearing masks.

While it sets a 60-day timeframe for the ordinance, it could be canceled if two of Anchorage’s three hospitals are not operating with crisis care protocols or if the city does not have a high transmission rate of COVID-19.