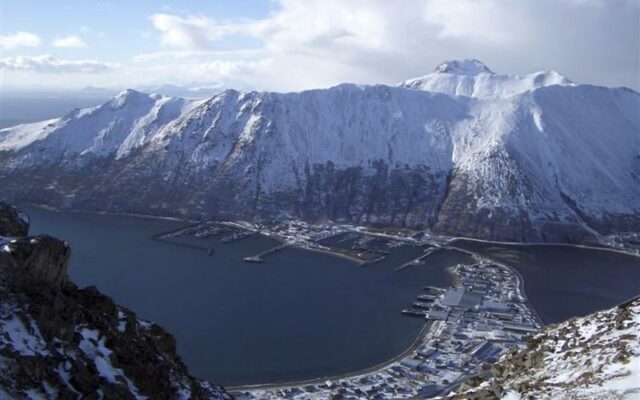 ANCHORAGE, Alaska (AP) — A federal appeals court panel on Wednesday reversed a decision that rejected a land swap aimed at allowing a road be built through an Alaska national wildlife refuge that is an internationally recognized habitat for migrating waterfowl.

A panel of the 9th U.S. Circuit Court of Appeals sent the decision back to U.S. District Judge John Sedwick in Alaska for further consideration. Nine environmental groups had sued to stop the swap on the Alaska Peninsula.

Sedwick blocked an agreement that would have allowed the Interior secretary and King Cove Corp., an Alaska Native village corporation, to exchange land in Izembek National Wildlife Refuge in the Aleutians East Borough to build a long-sought gravel road that would allow King Cove residents access to an all-weather airport in nearby Cold Bay for medical transports.

David Bernhardt, who was an Interior secretary under then-President Donald Trump, agreed to the land swap and environmental groups sued. The Biden administration joined King Cove Corp., the Agdaagux Tribe of King Cove, the Native Village of Belkofski and the state of Alaska in seeking the reversal of the district court’s ruling.

“We’re very happy about the decision,” King Cove Corp. spokesperson and Agdaagux Tribal member Della Trumble said in a statement. “We will continue to work diligently to execute that decision.”

King Cove and Cold Bay are about 18 miles (29 kilometers) apart. With no road, the only access is by either boat or airplane.

Bernhardt noted in his 2019 decision that there had been over 70 medevacs from King Cove to Cold Bay, Anchorage or Seattle in the previous six years and that the U.S. Coast Guard handled about 20 medevacs at a cost of about $50,000 per rescue mission.

The appeals court ruling “means so much to the community of King Cove,” said its mayor, Warren Wilson.

Environmental groups that were part of the lawsuit decried the decision.

“The failure of Ninth Circuit to uphold the district court’s decision to halt the proposed desecration of the Izembek refuge wilderness and wildlife that rely on it allows Interior to give away public lands to serve special interests at the expense of the American people,” David C. Raskin, president of Friends of Alaska National Wildlife Refuges, said in a statement.

He added: “We will use every means at our disposal to continue the fight to save the Izembek Refuge.”

Dan Ritzman, director of the Sierra Club’s Lands Water Wildlife Campaign said the wilderness of the Izembek refuge “is irreplaceable and globally significant for the wildlife that call it home. Pushing a road through the Refuge puts these valuable resources at immediate risk and goes against the will of the American public.”

Even though the U.S. Department of Justice argued for the reversal, Interior Secretary Deb Haaland has not decided whether she would support a road through the refuge.

She had planned to visit King Cove before making a decision but those plans were postponed and the trip has not been rescheduled.

Melissa Schwartz, an Interior Department spokeswoman, said in an email that officials are reviewing the appeals court decision and that she had no update on whether Haaland will still visit King Cove.

The appeals court panel split 2-1 in its decision. It found that Congress under the Alaska National Interest Lands Conservation Act gives the Interior secretary discretion to strike a balance between economic and social needs and environmental interests, and that Bernhardt did that when he said without a road, the residents’ needs wouldn’t be adequately met.

The panel also found that Bernhardt didn’t violate the Administrative Procedure Act by changing the position of former Interior Secretary Sally Jewel without adequate explanation, and that a special provision he had invoked for the land exchange provision was not subject to special procedures required under the conservation act.