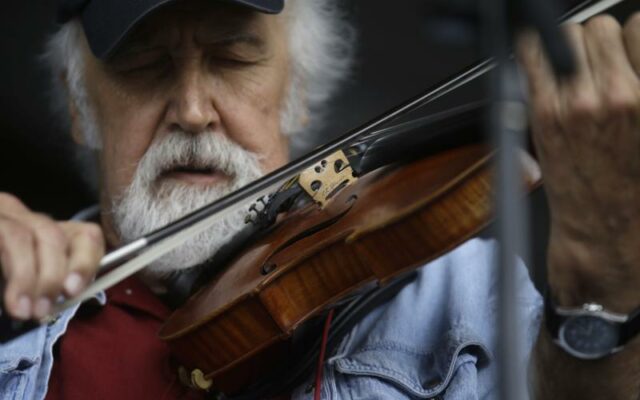 Cajun fiddler Michael Doucet fell and broke his hip in Alaska, and his Grammy-winning band had to perform there without him.

His brother, guitarist David Doucet, wrote about the accident on his Facebook page and reposted the message on the page for the band, Beausoleil avec Michael Doucet.

He wrote on Saturday that he’d received a call from his 71-year-old brother on Friday — April Fool’s Day — saying he’d slipped on ice by their hotel in Fairbanks and was scheduled for surgery.

“No Fooling,” David Doucet added. Responding to replies, he wrote on Sunday, “I understand the surgery went well.”

Michael Doucet led shows in Fairbanks on Friday night and in Anchorage on Saturday night, The Advocate reported.

“Thanks Fairbanks for hosting us and giving BeauSoleil sans Michael Doucet an opportunity to entertain you! Quite memorable!” he wrote.

David Doucet wrote on Sunday that he didn’t know whether the band would be able to perform this week as scheduled in Ohio and Michigan.