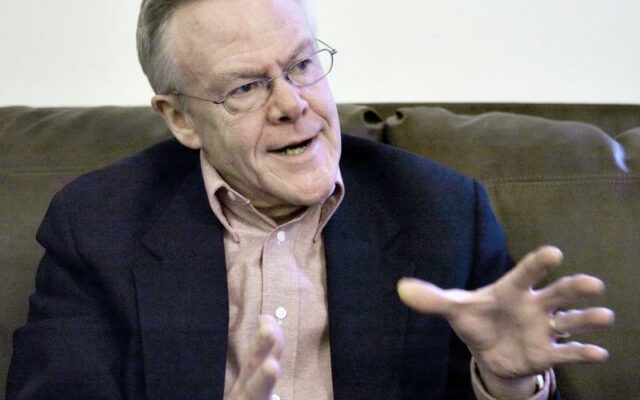 JUNEAU, Alaska (AP) — Former Alaska state Sen. Dennis Egan, the son of the state’s first governor, has died. He was 75.

Alaska Senate Democrats in a statement announced that Egan died Tuesday morning. Egan was the son of the late former Gov. Bill Egan.

Dennis Egan was a former Juneau mayor and assembly member who was appointed to the state Senate in 2009. The Democrat held the seat until early 2019. He announced in 2018 that he would not seek reelection, citing health concerns.

Egan was a longtime broadcaster who had hosted the “Problem Corner” program on Juneau radio station KINY, which first reported his death Tuesday. A bio from his time in the Senate said Egan “may be the only Alaska politician who has as many voters recognize his voice as his name.”

Sen. Jesse Kiehl, who was an aide to Egan and elected to the seat Egan had held, described Egan as charming and “larger than life.”

“I once watched him tell a lobbyist there was no way he’d ever vote for a bill, and the guy still left with a smile on his face,” Kiehl said in a statement. ”Dennis always listened to his community, was a straight shooter and truly respected the people around him. Alaska was his home, he put Alaskans first, and his heart belonged to Juneau.”