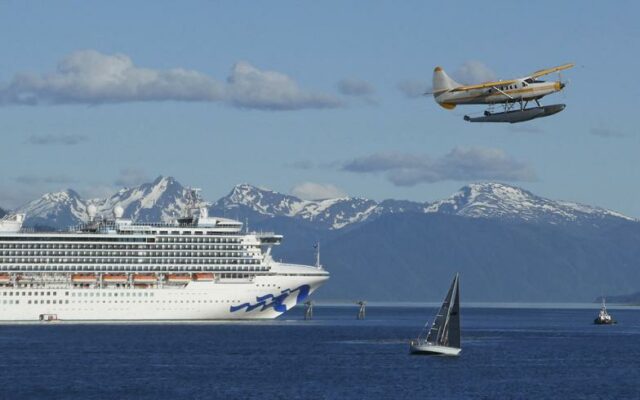 JUNEAU, Alaska (AP) — Alaska Gov. Mike Dunleavy said Monday he plans to propose as part of his upcoming budget a $5 million grant to support tourism marketing efforts amid the ongoing pandemic and funds to prepare state parks for visitors.

He said the hope is for a return to “robust” tourism activity after a difficult two years. Speaking in Anchorage, Dunleavy said people are “starting to learn to live with” the coronavirus, “understanding that it’s not going to go away but there’s ways to protect oneself.”

There have been promising signs on the tourism front, he noted, citing such things as passenger figures at the major airport in Anchorage and hotel occupancy levels in some communities.

Dunleavy’s office credited a prior marketing effort with helping draw tourists to Alaska this year, including independent travelers. Large cruise ships returned this year after being sidelined amid COVID-19 concerns last year.

Dunleavy’s office said he is proposing a $5 million grant in federal funds for the Alaska Travel Industry Association. Dunleavy said he also would seek an extra $1 million for state parks to ensure facilities are “clean and accessible” for visitors.