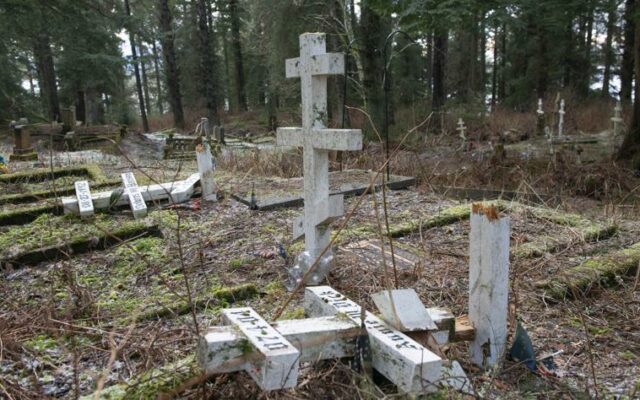 SITKA, Alaska (AP) — Police are investigating vandalism at a Russian cemetery in Alaska.

Police in Sitka are investigating vandalism at the Russian Cemetery.

About 20 headstones were knocked over or damaged at Russian Cemetery in Sitka, and Russian Orthodox crosses were broken and left the ground, the Daily Sitka Sentinel reported.

Police were informed of the vandalism Friday by the cemetery’s caretaker, Bob Sam, who had last checked the cemetery a week before.