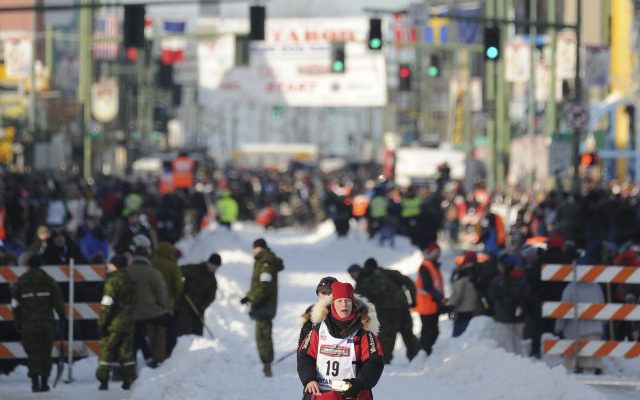 ANCHORAGE, Alaska (AP) — The last musher has arrived in Nome, ending the 50th running of the Iditarod Trail Sled Dog race across Alaska.

Reitan also extinguished the widow’s lamp on the burled arch that towers over the finish line, a tradition that means there are no other mushers on the trail.

The world’s most famous sled dog race started for 49 mushers March 6 north of Anchorage. The nearly 1,000-mile (1,609-kilometer) trail took them over two mountain ranges, along the frozen Yukon River and then along the Bering Sea ice on Alaska’s western coast.

Twelve mushers scratched, half of them on Friday during a vicious storm that hammered mushers with high winds as they attempted to make the final 77 miles (124 kilometers) to Nome.