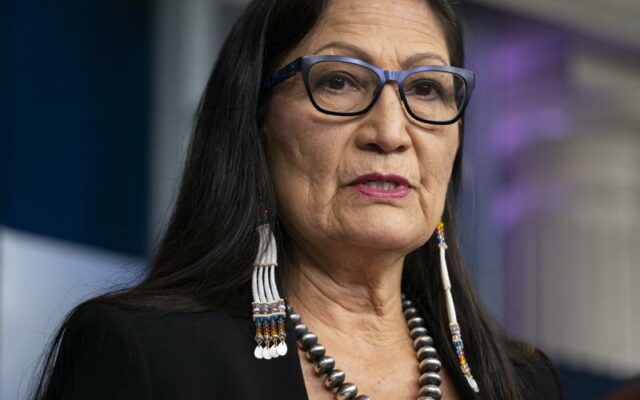 JUNEAU, Alaska (AP) — Interior Secretary Deb Haaland plans to visit Alaska this month, a trip that is expected to include a visit to community at the heart of a long-running dispute over a proposed land exchange aimed at building a road through a national wildlife refuge.

The Interior Department on Monday said Haaland planned to visit “several communities and sites” in Alaska the week of April 17, including Anchorage, Fairbanks and King Cove.

Residents of King Cove have long sought a land connection through Izembek National Wildlife Refuge to Cold Bay, which is about 18 miles (29 kilometers) away and has an all-weather airport. They call it a safety issue.

The refuge, near the tip of the Alaska Peninsula, contains internationally recognized habitat for migrating waterfowl.

In 2013, Interior Department officials declined a land exchange, and efforts to move forward with one under the Trump administration faced legal challenges. A U.S. Justice Department attorney, in arguing a position taken under the Trump administration, last year told a federal appeals court panel that Haaland planned to review the record and visit King Cove before taking a position herself on the issue.

Interior Department spokesperson Tyler Cherry did not respond to questions about whether she was still weighing a decision. He said by email that he had no further details to share about the trip beyond those in the announcement sent Monday.

A federal appeals court panel last month reversed a decision that rejected a land swap and sent the decision back to a federal judge in Alaska for further consideration. Conservation groups had sued over the proposed swap.