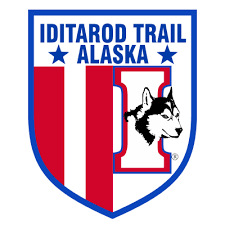 From Bri Kelly with the Iditarod…

Veteran Iditarod musher Thomas Waerner (bib #40), of Torpa, Norway, crossed under the burled arch in Nome at 12:37 a.m. Wednesday, claiming his first Iditarod Trail Sled Dog Race championship. Waerner had 10 dogs in harness when he glided across the finish line to win the Iditarod XLVIII title at nine days, 10 hours, 37 minutes and 47 seconds.

Waerner becomes the third musher from Norway to win the Iditarod. This is only his second time competing in the Iditarod. He placed 17th in his first Iditarod race in 2015, claiming rookie of the year honors. He continues the streak of Iditarod mushers finishing the race in under 10 days, a streak that now stands at 26.

When not training with his canine athletes, Waerner runs a technology company in Norway. He is part of the QRILL Pet Mushing Team, the world’s first professional long-distance sled dog team with the goal of advancing pet nutrition and championing new research to increase the health and happiness of canine athletes. Waerner’s wife Guro is a veterinarian and plays a big role in maintaining their kennel’s quality of life.

Mushers currently on the Iditarod trail will continue to make their way to Nome. The race finishes when the last musher crosses under the burled arch, claiming the “red lantern,” a long-standing Iditarod tradition and symbol of perseverance. The Iditarod awards banquet traditionally held the Sunday following the champion’s finish will be held at a later date.