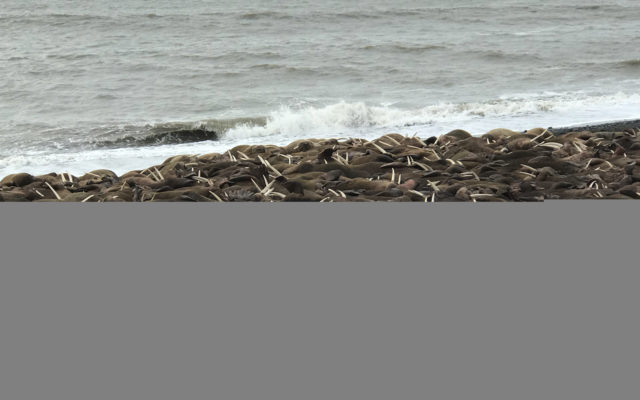 ANCHORAGE, Alaska (AP) – Two pilots have been fined $3,000 apiece for flying airplanes low over walruses on shore near Point Lay two years ago.

U.S. Fish and Wildlife Service spokeswoman Andrea Medeiros says names of the pilots who disturbed walruses can’t be released but didn’t explain why.

Cameras that monitor the marine mammals captured photos of the airplanes and walruses leaving the remote beach in response.

Low-flying aircraft can cause stampedes that crush young animals.

Walruses’ preferred habitat is sea ice. Ice since 2007 has retreated beyond the shallow continental shelf to water too deep for walruses to dive for clams.

Walruses this year began showing up on shore in July. On Saturday, about 40,000 walruses were near Point Lay.