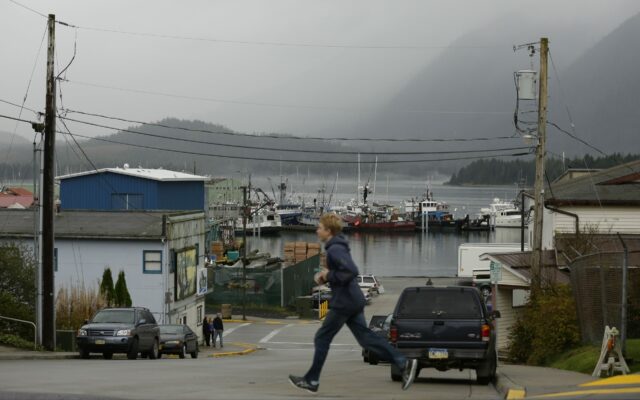 ANCHORAGE, Alaska (AP) — The federal body responsible for regulating fisheries in U.S. waters off Alaska has adopted new rules to limit the unintentional capture of halibut by fishermen trawling the Bering Sea.

The North Pacific Fishery Management Council adopted the policy on an 8-3 vote last week, KTUU reported. It’s due to take effect in 2023.

The trawl fleet targets groundfish such as sole and yellowfin sole. The Groundfish Forum, which represents 19 Seattle-based ships that make up the fleet, said its vessels are the largest producers of flatfish and rockfish in the U.S.

The boats also unintentionally catch an average of 2.8 million pounds of halibut per year. Federal law prohibits the fleet from keeping halibut and the fishermen put them back in the ocean but many halibut die in the process.

Currently, there is a static cap on the fleet’s halibut bycatch, which means the fishermen must stop fishing if the number is hit.

But advocates of tighter limits have argued the cap was too permissive and pushed for it to be lowered.

Under new rules the council adopted on Dec. 13, the cap will remain the same when halibut stocks are high. But when stocks drop, the bycatch limits will shrink as much as 35%.

The state of Alaska proposed the new abundance-based rules.

“This is a really big step in the management of halibut bycatch,” said Heather McCarty of the Central Bering Sea Fishermen’s Association. “It will be instrumental, we hope, in creating more equity between the bycatch users of halibut and the commercial and sport users of halibut.”

The trawl fleet has reduced its halibut bycatch by half since 2007 by modifying its gear and having deck crews sort captured halibut.

Chris Woodley, executive director of Groundfish Forum, said the new rules would put jobs at risk and could cost the industry tens of millions of dollars each year.

“We directly employ 2,200 crewmembers annually and from these fisheries our crewmembers produce over 600 million meals annually for consumers across the globe,” he said in testimony to the council.

He said his organization was exploring “all options.”

“It is our responsibility to our creator to respectfully use the resources we were given, as we were given halibut,” Karen Pletnikoff, the association’s environmental and safety program manager, told the council.