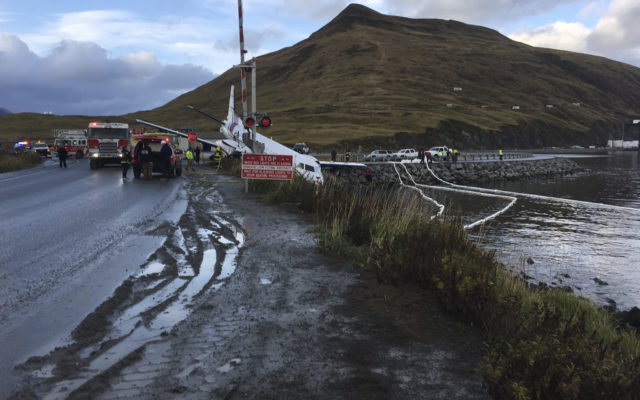 UNALASKA, Alaska (AP) – A witness reports a commuter airplane has crashed near the airport in a small Alaska community on the Bering Sea.

Paulin says the Peninsula Airways flight from Anchorage to Dutch Harbor landed about 500 feet (152 meters) beyond the airport near the water.

It was not immediately clear whether the airplane entered the water.

City Manager Erin Reinders was at the airport and says the plane was carrying members of a high school swimming team from Cordova and their guardians.

Unalaska police, fire and ambulance crews were at the airport assisting the passengers, who Paulin says appear to be largely unharmed.

Some passengers were transported from the airport in an ambulance, but others left with the assistance of residents, including families who planned to host the visiting swimmers.

Additional details about injuries or a possible cause of the accident were not immediately available.