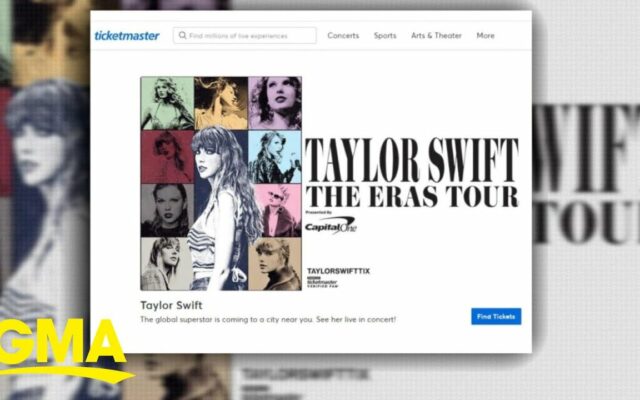 More than two dozen Taylor Swift fans from 13 different states are suing Ticketmaster and Live Nation over the Eras Tour ticketing debacle. The 26 plaintiffs accuse the company of fraud, price fixing, antitrust violations, and “intentional misrepresentation,” among other allegations.

“Millions of fans waited up to eight hours and were unable to purchase tickets,” the complaint filed in L.A. reads. It accuses Ticketmaster of “intentionally and purposefully mislead[ing] ticket purchasers by allowing scalpers and bots access to TaylorSwiftTix presale.”

The lawsuit makes mention of Ticketmaster not only controlling the direct ticketing market, but also having deals with stadiums that “force fans to buy more expensive tickets that Ticketmaster gets additional fees from every time the tickets are resold.”  Now the suit isn’t asking for millions for the fans…just $2,500 per violation, along with attorneys’ fees.