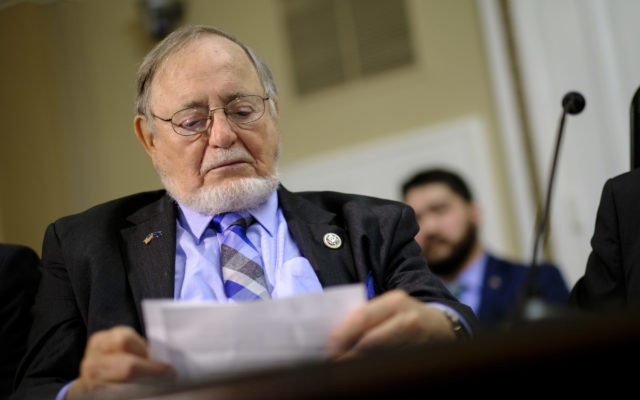 “It’s with heavy hearts and deep sadness that we announce Congressman Don Young (R-AK), the Dean of the House and revered champion for Alaska, passed away today while traveling home to Alaska to be with the state and people that he loved. His beloved wife Anne was by his side.

A fierce defender of Alaska since elected to Congress in 1973, nearly everything that has advanced for Alaska is a result of Don Young’s tenacious work. From the Trans-Alaska pipeline, to the Ketchikan Shipyard, to the Magnuson Stevens Act, which transformed the American fishing industry, to the numerous land exchanges he fought for, Don Young’s legacy cannot be overstated.

“Every day, I try to do something for somebody and some group,” Congressman Young once said. “And every day I try to learn something new. We all go into the ground the same way. The only thing we leave behind are our accomplishments.”

Don Young’s legacy as a fighter for the state will live on, as will his fundamental goodness and his honor. We will miss him dearly. His family, his staff, and his many friends ask Alaskans for their prayers during this difficult time.

In the coming days, we will be sharing more details about plans for a celebration of his life and his legacy.”

Young served as the sole representative for Alaska for more than three quarters of the time that we have been a state.