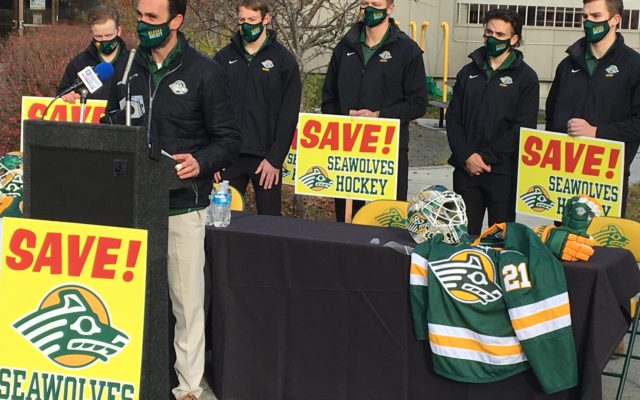 A fundraising campaign has been launched in an attempt to save UAA’s hockey program. “Save Seawolf Hockey” aims to raise 3 million dollars by February. The money is needed to cover 2 year’s worth of expenses in order to avoid being eliminated by the UA Board of Regents. Earlier this year, UAA officials proposed cutting hockey, downhill skiing and gymnastics as a way to save money in the face of state funding cuts. The proposed cuts would save the school around 2 million dollars per year. So far, 150 thousand dollars has been raised through donations and pledges. The team also got a 250 thousand dollar matching donation from the “Eugene Giza Fund”, meaning each dollar donated up to 250 thousand dollars will be matched with another dollar from the fund.

To donate, go to saveseawolfhockey.com.