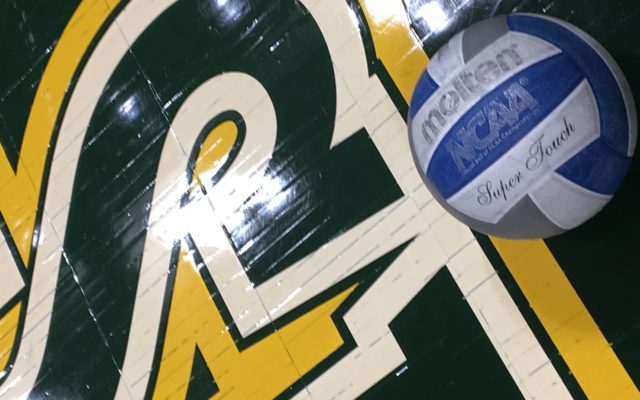 UAA VOLLEYBALL IS BACK IN BUSINESS AND BACK TO THEIR WINNING WAYS, KNOCKING OFF ST. MARTIN’S FRIDAY.

The Seawolves also got 10 kills and five blocks from senior middle blocker Vera Pluharova as they extended their program-record winning streak over the Saints to 25 matches. Saint Martin’s (1-2) was led by 15 kills from outside hitter Mackenzie Carter, but the hosts were outhit .281 to .145.

“That was a huge relief to finally be able to get back out there tonight,” said UAA head coach Chris Green, whose team last saw real action when it bowed out to eventual national champion Cal State San Bernardino on Dec. 6, 2019, in the NCAA Tournament Second Round. “We looked a little rusty at times, but overall I was pleased with our performance against a much-improved SMU team. We already knew what our veterans are capable of, but it was good to see our freshmen get confidence and show that they’re ready to play major roles.”

The Seawolves had to fight off a pair of Saint surges to capture the early lead as the hosts tied it up 23-23 in the opening set. But the Seawolves got back-to-back kills from Blue – a true freshman outside hitter from Cerritos, Calif. – and Stephens to clinch the frame.

UAA dominated the second set with a .355 to -.097 hitting advantage, led by Blue and junior setter Ellen Floyd, who finished with 33 assists, five kills and nine digs.

Despite making a late comeback from a 22-17 deficit and earning a match point in the third set, the Seawolves were unable to complete the sweep when Carter blasted consecutive kills to snap a 27-27 tie.

The Seawolves found their form again the fourth, however, claiming an early lead and outhitting the hosts .382 to .036.

Pluharova came one kills shy of her career high, while Stephens claimed her 13th career double-double and moved into No. 16 on UAA’s all-time kills list, now with 781.

The Seawolves will conclude their season-opening road trip with a noon/3 p.m. doubleheader at Seattle Pacific. No fans will be allowed, but live video and stats links are available at GoSeawolves.com or SPUFalcons.com.