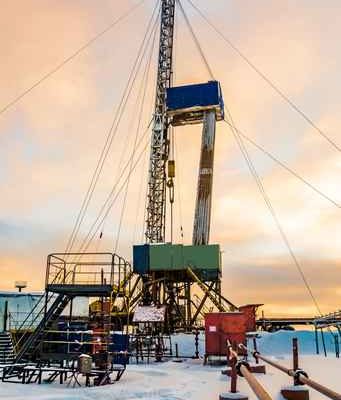 JUNEAU, Alaska (AP) — The U.S. Interior Department has issued a decision to limit roughly half the National Petroleum Reserve-Alaska to oil and gas leasing. The decision rolls back an approach taken by the prior Trump administration, and it drew criticism from Alaska’s U.S. senators.

The decision signed by Laura Daniel-Davis, principal deputy assistant secretary for land and minerals management, was dated Monday. It was released following a recent visit to the state by Interior Secretary Deb Haaland.

The decision is in line with a position the U.S. Bureau of Land Management earlier this year said it favored. The land agency falls under the Interior Department.

The plan would prevent oil and gas development in areas considered important for sensitive bird populations and the Teshekpuk and Western Arctic caribou herds, the decision states. New infrastructure would be prohibited on about 13,000 square miles (34,000 square kilometers), it states.

Plans advanced during the Trump administration would have allowed for oil and gas leasing on about 29,000 square miles (75,000 square kilometers).

“It is simply shocking that the Biden administration can look at the world and decide that Alaska is where ‘keep it in the ground’ should apply,” Murkowski said in a statement.

President Joe Biden at the start of his term last year directed officials to review and respond to agency actions under the prior administration that were deemed in conflict with policies Biden set out around the environment, public health and climate change. The decision is an extension of that process.

The Bureau of Land Management said the new decision calls for management consistent with plans adopted during the Obama administration, while “including certain more protective lease stipulations and operating procedures for threatened and endangered species” from the Trump-era plan.

Some conservation groups said they view the new decision as positive but want more action.

“World events have predictably led to industry lobbyists and the lawmakers they bankroll calling for new domestic oil and gas leasing and production, especially in Arctic Alaska, and in the name of ‘energy security,’” Kristen Miller, conservation director with the Alaska Wilderness League, said in a statement. “In reality, the answer to energy security does not lie beneath the thawing Arctic permafrost but in accelerating the shift to clean, renewable sources of power generation.”